The day’s top movers are Secret Network and DFI.Money. Polkastarter has surged by 24.73% since 7 pm. As illustrated by an adjacent chart showing the NWSBCT (Blue Chips) Index movement over the last 24 hours, the crypto markets ended in the red. During the same period, the 2100NEWS Total Index (NWST1100), which measures 1100 significant (by market capitalization) crypto assets’ performance, has dropped 2.40%, Bitcoin by 1.89%, and Ether even 3.03%.

Polkastarter is a protocol built for cross-chain token pools and auctions, enabling projects to raise capital on a decentralized, permissionless, and interoperable environment based on Polkadot. The platform allows cryptocurrency projects to raise funds by setting up a swap pool based on a fixed purchase rate for tokens. These so-called “Fixed Swap Pools” have many advantages for token sale investors over traditional fundraising models like ICOs, IEOs, and IDOs (Initial DEX Offerings). Fixed Swap Pools will maintain the token price throughout the sale until the initial supply is bought. The circuits-of-value system is being designed with a central goal of driving value using “off-chain” methods. This means native coin assets and tokens from other public and private blockchains networks (consisting of COVAL itself) access the COVAL Network of issued ledgers (COVAL Sidechains). They can be transacted flexibly and securely by employing skeptical p2p models in COVAL Network. Both individual tokens and wallets (containers of coins) represented by sidechain assets called Emblems are included in COVAL transactions. The crypto markets trended sideways. The day’s top movers (at 9 am) were S.S. Lazio Fan Token and FC Porto Fan Token. Secret Network has surged by 26.92% since midnight. On the day, the 2100NEWS Indices, which measure the performance of various groups of tokens and coins, reported gains of up to 1.66%. Over the last 24 hours, the 2100NEWS Total Index (NWST1100), which measures 1100 significant (by market capitalization) crypto assets’ performance, has risen 1.00% and Bitcoin by 0.90%, while Ether has fallen by 0.51%.

FC Porto is a BEP-20 token as well as the standard native token of FC Porto. Additionally, PORTO fuels FC Porto fans with broader accessibility, more functionalities, and lower fees. In addition to these advantages, the PORTO token also successfully won the trust of millions of users worldwide thanks to its security, transparency, and huge value. 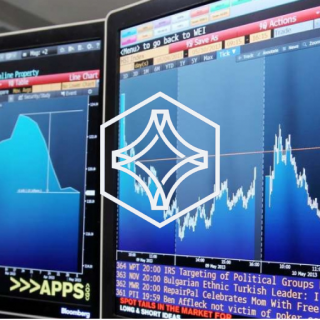