Monetha is an Ethereum-based decentralized trust and reputation platform that facilitates trusted commerce and eliminates the complexity of existing systems by using a smart contract. The core decentralized trust and reputation system (DTRS) works with Monetha’s payment processor via smart contracts. The information to ensure a trustful relationship between selling and buying parties (for example, warranty) will be logged onto the blockchain.

OAX Foundation exists to develop and promote collaboration and participation in digital asset exchange. In doing this, we’re committed to the highest standards of governance through our core values of openness, transparency and decentralization.

Top movers of the day at 13:10 are still Everex and BitMax Token. After taking a breath at night, Everex has grown by 67.04% in the last few hours. BitMax Token has increased by 18.21%, Propy has lost 7.03%. Generally, in the morning most tokens and coins were falling slightly. Only the small caps are still higher than yesterday’s EOD. Since 8 am 2100NEWS Digital Assets 300 SmallCap Index (NWSS300) which represents their performance has increased by 0.74%. On the other hand large caps represented by 2100NEWS Digital Assets 100 Large Cap Index (NWSL100) have decreased by 0.27%. Bitcoin is slightly higher (+0.07%) while Ether stayed unchanged.

Everex services create decentralized, global credit histories and scorings for individuals and SMEs. Everex enables users to transfer, borrow, and trade in any fiat currency, anywhere. No Bank account required. With settling times below 30 seconds, transaction costs of a few cents and global support, the world’s markets are in users’ hands.

We’re excited to share with you that #Everex received approval from the United States – the State of NJ to onboard users and perform crypto-crypto domestic and international transactions 🇺🇸 https://t.co/PMJ6RM1Fez#fintech #blockchain #stablecoin #finance

Top movers of the day are Everex and BitMax Token which has surged 27.51% since midnight. Propy has made the biggest move up of 49.15%. Today most tokens and coins started out slightly lower. Since midnight 2100NEWS Digital Assets Total Index (NWST1100) which measures the performance of top 1100 crypto assets by market capitalization has decreased by 0.14%. Bitcoin and Ether are almost the same: BTC -0.06%, ETH -0.01% as of yesterday EOD.

BitMax is global operator of digital asset exchanges for diverse groups of clients from retail to institutions. Its native digital cryptographically-secured utility token is a major component of the ecosystem on BitMax, and is designed to be used solely as the primary token on the platform. BTMX will initially be issued by the Distributor as ERC-20 standard compliant digital tokens on the Ethereum blockchain. BTMX is a non-refundable functional utility token which will be used as the unit of exchange between participants on BitMax. The goal of introducing BTMX is to provide a convenient and secure mode of payment and settlement between participants who interact within the ecosystem on BitMax.

Propy Utility Token is an ERC20 standard-based digital coin created to promote simple integration in users’ wallets. When a user buys a property, a small percentage (about 0.2% to 1% on average) of the final buying price is charged for Propy. Coins paid for writing data to the Propy Registry are saved in the Ethereum blockchain’s particular Rewards smart contract. The total amount of coins are distributed to the coin owners, equivalent to the PRO holders. The bonuses agreement snaps a picture of coin dispensation monthly and issues bonuses for the quarter basing on that picture which is saved in the blockchain. In this way, all users can check whether those rewards were allocated accurately.

Top movers: Uquid Coin $UQC and Arweave $AR (chart) which has risen by 14.86% since 11 am. The crypto markets have… https://t.co/lyEiEkMafo

Top movers are PCHAIN $PI and Uquid Coin $UQC (chart) which has soared 46.97% since midnight. The crypto markets ha… https://t.co/KEsbYVgSUk 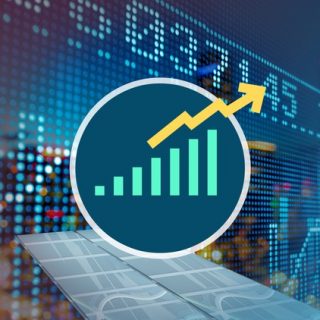 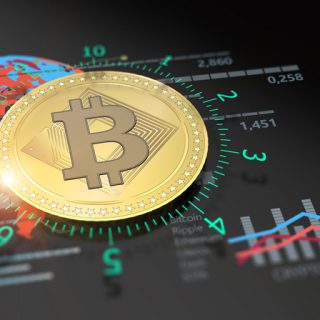