The NWST1100 index fell 2.2% over the previous week; it hovered near 143-Days EMA. Radix (XRD) Coin is a member of the NWSL100 crypto index, making the most significant jump in our ranking over the last two weeks. The previous report showed that our assumption for the last week had been:  a rebound to the Upper Channel and pivot P was likely. Resuming trend down was possible but less likely. The NWST1100 chart shows that the index hovered near 143-Days EMA. However, current prices arguably offer a golden entry opportunity. The Momentum indicators at the top show: RSI, PPO lines, and PPO histogram. They changed direction to upward. The Breadth indicators at the bottom of the chart have fallen. The chart on the right shows The percentage of digital assets trading above a 50-days moving average breadth indicator: All four A50R lines are oversold. The graph tells us that the crypto markets have been bearish.

The waves are at least partially predictable due to their quasi-periodic nature. The rhythm of the waves indicates the time is for the positive PPO histogram. The chart below includes two breadth indicators that work together. The area plots the McClellan Summation Index. That’s a long-term measure of market breadth. The histogram is the McClellan Oscillator. That’s a short-term measure of market breadth. The two lines work together. The histogram moves above zero cause the Summation Index to rise. The Oscillator has spent most of the previous 30 days below zero, which caused the Summation Index to weaken. The McClellan Oscillator (histogram) could move above zero, which means starting the crypto markets trend up.

If we look ahead, the Momentum indicators give us the following signals: RSI is 36; RSI, PPO histogram, and PPO lines may continue upward direction in the coming days. I suppose that the “Santa rally” is beginning. My opinion is based on this setup: A move up from resistance represented by 143-days EMA is likely.

The table shows that the total (NWST1100) index fell 2.2% during the previous week. The chart shows that Ether (-4.64%) has declined the least during the last thirty days.

The chart compares the performance of the average Digital Asset (Coins, Tokens) represented by our NWST1100  index with the average global share represented by the Dow Jones global W1Dow index. Their quotient hit a record high six weeks ago; however, it is 28.7% lower now. The Percentage Change Marks on the chart show that NWST1100 outperformed W1Dow by 164% this year, while over the last 12 months, NWST1100 was 196% higher. In the last two weeks of 2020 (Christmas rally), the quotient rose 13%. The blue curve is the average index price during the previous twelve months. We can see that the NWST1100 spot price and W1Dow price are above average, but the NWST1100 spot price is 11.5% higher than twelve months index average price. That means: If we bought one NWST1100 every day over the last twelve months, our investment is recording 11.5% gains today. The Bi-weekly revision updates the amount of each asset publicly available and any additions and deletions from the indexes. 1inch, Radix Protocol, and Ecomi improved their ranking; they were added to NWSL100 and deleted from NWSM200. Livepeer, Ren, and Serum were deleted from NWSL100. New mid-caps are Nano, Boba Network, Dusk Network, … Additions, and deletions for the other indexes from the family are available in each index presentation.

To make an appropriate peer comparison, we gauged the Radix (XRD) Coin with 2100NEWS Digital Assets 100 Large Cap Index (NWSL100). On average (violet area chart), the relationship between NWSL100  and XRD has shown that XRD was more potent over the last two months, and XRD has beaten NWSL100  by 218% during the previous two months. First, let’s compare the XRD green area graph with the index (orange area graph) while observing the correlation graph. The correlation graph explains that the correlation is weak (Pearson’s correlation coefficient = 0.32). It was moving in the same direction as NWSL100, so it has been an ordinary representative of the NWSL100 index in terms of price changes.

*We elect the member of the NWSL100 crypto index with the most significant jump in our ranking. We will look at how the market rates the project’s progress in case of price changes. It seems important to us whether the project is out of the ordinary tide of crypto project prices. Peer comparison should be efficient and effective, considering an investor’s point of view.

Radix Protocol is the first decentralized ledger platform designed not just for the cryptocurrencies of today but suitable for thousands of developers to build, deploy, and scale an unlimited number of robust financial applications. Radix is a stack of open source technologies that create the Radix public network and make it useful to users and developers. Anyone may access the network, or participate in its operation, with network usage paid directly to the network itself with an XRD token. The most fundamental unit of the Radix stack is the Radix Node. The Node implements a 3-phase byzantine fault-tolerant consensus protocol allowing an open network of nodes to quickly and safely decide on and commit correct transactions to a distributed immutable ledger. The Node also includes a layer called the Radix Engine that defines the application functionality of the network by creating and validating transactions. On Olympia, the Radix Engine includes built-in token creation and transaction functionality. Radix Engine will become an extensible, user-programmable application layer for finance-oriented “smart contract” functionality in later releases.

*The chart below shows the XRD compared to NWSL100 at the top, the box in the middle of the chart shows the original XRD price, and at the bottom of the chart, we see NWSL100 and the correlation between  XRD and NWSL100. 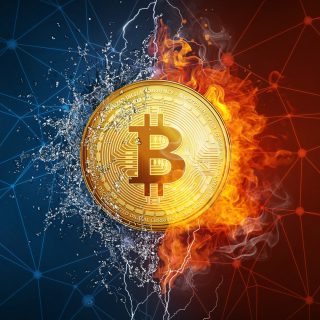