The NWST1100 index consolidated (rose 0.75%) during the previous week; Coins, represented by the NWSCo100 index, were the best performers in August. Avalanche (AVAX) Coin is a member of the NWSL100 crypto index, making the most significant jump in our ranking over the last two weeks. The previous report showed that our assumption for the last week had been: the index price would enter a wide range bound (30%), a quick test of support, represented by 25-days EMA, was likely (-15%); the test might be followed by a sharp rebound (20%). The NWST1100 chart shows that the index had tested the resistance represented by 10-days EMA and quickly rebounded. The Momentum indicators at the top show: PPO lines, RSI, PPO histogram; they have fallen, so the Breadth indicators at the bottom of the chart. The chart on the right shows breadth indicators: All A50R lines were overbought. We can see a sharp and fast move from oversold to overbought conditions . They lasted last three weeks. The graph tells us that the most explosive part of the growth has already been behind us.

Looking ahead, the RSI is 66 (bullish and overbought); RSI, PPO lines, and PPO histogram bars may continue direction downward; the Breadth indicators, at the bottom of the chart, may continue direction in the coming days. My opinion is based on this constellation: markets could continue the consolidation; the index could get stuck in a narrow range (15%) that has support in 25-days EMA.

The table shows that the total (NWST1100) index consolidated (rose 0.75%) during the previous week. The chart shows that all groups of coins and tokens, represented by 2100NEWS indexes, have reported massive gains in August. Coins, represented by the NWSCo100 index, were the best performers (68.15%); Bitcoin (19.25%) was lagging.

The chart compares the performance of the average represented by our NWST1100 Digital Asset index with the average global share represented by the Dow Jones global W1Dow index. Their quotient hit a record high more than three months ago; however, it plunged by 28%, which means that shares were a better investment in April and the first half of May, but this completely changed six weeks ago. The Percentage Change Marks on the chart show that this year NWST1100 outperformed W1Dow by 171.4%, while over the last 12 months, NWST1100 was 369% higher. The blue curve is the average index price during the previous twelve months. We can see that the NWST1100 spot price and W1Dow price are above average, but the NWST1100 spot price is 69.6% higher than twelve months index average price. That means: If we bought one NWST1100 every day over the last twelve months, our investment is recording 69.6% gains today. The Bi-weekly revision updates the amount of each asset publicly available and any additions and deletions from the indexes. Coin98 and Bitcoin Cash ABC improved their rankings; they were added to NWSL100, so they were deleted from NWSM200. Flow and 1Inch were deleted from NWSL100. New mid-caps are Bifrost, MOBOX, and Ecomi… Additions and deletions for the other indexes from the family are available in each index presentation.

We gauged the Avalanche (AVAX) Coin with 2100NEWS Digital Assets 100 Large Cap Index (NWSL100) to make an appropriate peer comparison. On average (violet area chart), the relationship between NWSL100  and AVAX has shown that AVAX was more potent over the last three months.  AVAX has outperformed NWSL100  by 148% during the previous three months. First, let’s compare the AVAX green area graph with the orange index area graph while observing the correlation graph. The correlation graph explains that the correlation is strong (Pearson’s correlation coefficient = 0.87). It was moving in the same direction as the NWSL100, so it has been a good representative of the NWSL100 index in terms of price changes.

Avalanche is an umbrella platform for launching decentralized finance (DeFi) applications, financial assets, trading, and other services. It aims to be something of a global assets exchange, allowing anyone to launch or trade any form of asset and control it in a decentralized manner using smart contracts and other cutting-edge technologies. Developers at Ava Labs claim that Avalanche is the first smart contracts network to offer transaction finalization under one second as standard. Avalanche launched its mainnet in September 2020. The platform’s native token, AVAX, performs various tasks within Avalanche and functions as a rewards and payment system.

*The chart below shows the AVAX compared to NWSL100 at the top, the box in the middle of the chart shows the original AVAX price, and at the bottom of the chart, we see NWSL100 and the correlation between  AVAX and NWSL100. 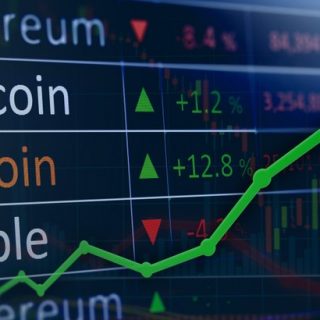