On September 10, Bitcoin experienced an unforeseen spike in its price, rising from $6,190 to $6,450. Yet, the rest of the market has struggled to recover, demonstrating slow movements.

On August 15, the cryptocurrency market reached its lowest point in the year at $191 billion. Over the past 24 hours, the valuation of the market has declined from $200 billion to $196 billion, moving towards its yearly low.

Bitcoin has remained relatively stable in the $6,300 region while most small market cap cryptocurrencies have fallen in value against both Bitcoin and the US dollar.

Ethereum and EOS See 4 to 6% Gains

ETH, the native cryptocurrency of Ethereum, and EOS have recorded 4 and 6 percent gains respectively, as the best performing major cryptocurrencies in the global market. Some tokens like WanChain and Augur have seen a decent increase in price and volume, as the market slightly rebounded since September 8.

The rapid increase in price and volume of both Bitcoin and Ethereum on September 9 suggested that the cryptocurrency market is demonstrating highly oversold conditions, which may lead to a proper corrective rally in the short-term.

It is possible that Bitcoin breaks out of the $6,400 mark and potentially regains momentum in the mid-$6,000 region. But, many technical analysts have proposed that a trend reversal is not likely in the near future.

“According to Murphy, one of the most powerful tools of spotting a market reversal is the 3 line fan. All three lines must act as support turned resistance. Not a big diagonals fan, but I’ve used this idea with great success in the past. Don’t expect a reversal soon IMO.”

Technical analysis is fairly accurate in evaluating the momentum of the market. But, due to the low liquidity of the Bitcoin market and the vulnerability of the global cryptocurrency exchange market, there exists a wide range of variables that could easily sway the price of major cryptocurrencies.

For instance, on September 10, the US Securities and Exchange Commission (SEC) temporarily suspended trading in the securities Bitcoin Tracker One (“CXBTF”) and Ether Tracker One (“CETHF”), the only exchange-traded notes (ETNs) that are available in US markets for accredited investors.

As the infrastructure of the cryptocurrency market and institutional products around major cryptocurrencies improve, the volatility of digital assets will decline. But, until then, it is important for investors to acknowledge many variables including regulatory uncertainty and abnormal spikes in volume that could reverse the trend of the market in an instant.

Currently, many traders are taking a wait-and-see approach in the cryptocurrency exchange market, as it is unlikely for Bitcoin to initiate a large movement in the short-term. As it did throughout mid August, the market will most likely demonstrate stability in the lower price range, with BTC at $6,300 to $6,500 and ETH at $200 to $240. 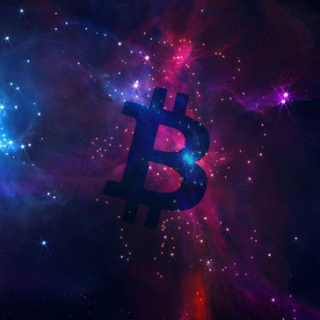