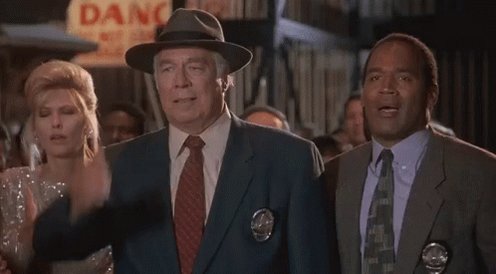 Ready to be patient for few days but when you come again make your exchange secure top notch , thanks for frequent updates

Last Thursday, Cryptopia, which was closed in January following the hack which cost users an estimated USD 23 million, announced that they aim to reopen their site “as read-only” by Monday. A day ago, the company, which reportedly has more than 1.4 million users, said that “worst case 9.4% of our total holdings was stolen” and they are “securing each wallet individually to ensure the exchange is fully secure when we resume trading.” Also, Cryptopia asked their clients to refrain from depositing funds into old Cryptopia addresses “as a result of the new wallets.”

The company claims they have “transitioned 24% of all wallets to our new secure servers. Once the read only site is online, we will be keeping users up to date on which wallets have been checked and secured via the coin info page.”

A third wave of crypto wallets tied to cryptocurrency exchange Cryptopia were emptied to the tune of around USD 30,000 – USD 40,000 worth of ether, co-founder and CEO of blockchain analysis protocol and platform Elementus, Max Galka, told Cryptonews.com.

This makes it a smaller-scale theft than the previous two rounds, but raises the question – why are people still depositing their cryptocurrencies into Cryptopia-owned wallets?

Contrary to many warnings issued by both Cryptopia and Elementus, as well as the media coveragesurrounding this story, users seem to continue depositing their assets into the wallets that were still at risk, making them easy pickings for the hackers.

“People keep depositing,” Galka said. “As long as that happens, these guys will continue taking the money. Any wallet that previously belonged to Cryptopia – we assume it is under the hackers’ control.”

As for the amount that was stolen, Elementus previously tweeted that around USD 3.2 million worth of tokens were liquidated before this incident, most of that on cryptocurrency exchange Etherdelta. “Now that number is around USD 4 million,” Galka said. 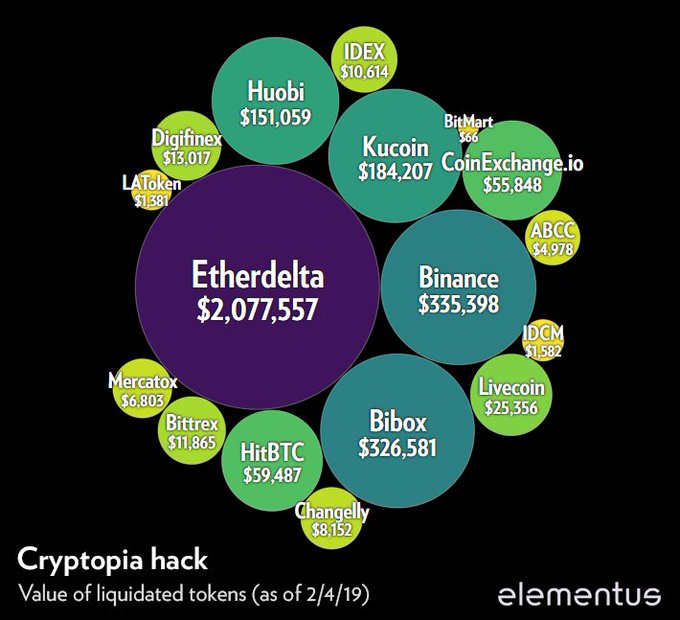 Cryptopia update
As of this morning, the hackers have liquidated $3.2m in tokens, with the bulk of that going to Etherdelta

Meanwile, ether address, involved in Cryptopia’s hack has almost ETH 30,790, or USD 4.22 million on its balance.

Following the first hack in January, the total estimated value of ether and ERC20 tokens stolen was around USD 16 million (again, the number does not include bitcoin.) Only two weeks later, an additional 7,000 Cryptopia wallets were drained of 1,675 ETH (around USD 180,000 at the time of the theft), Elementus learned. Back then, the blockchain analysis company concluded, “Consistent with our earlier hypothesis, Cryptopia no longer has the private keys to their Ethereum wallets and the hacker does.”

Meanwhile, the exchange announced this Thursday that they aim to reopen their site “as read-only” by Monday. A day ago, the company said that “worst case 9.4% of our total holdings was stolen” and they are “securing each wallet individually to ensure the exchange is fully secure when we resume trading.” Also, Cryptopia asked their clients to refrain from depositing funds into old Cryptopia addresses “as a result of the new wallets.”

As many experts have stressed, crypto users should keep their private keys to their coins offline, e.g. in hardware wallets such as Ledger, Trezor, KeepKey and others.

Cryptocurrency exchange Cryptopia that has recently suffered a hack has regained access to its building, and the New Zealand police say that the exchange could reopen – but the exchange’s founders remain silent on this issue.

On Wednesday, the New Zealand police that is investigating the hack said that their investigation no longer prevents cryptocurrency trader Cryptopia from getting the business running again, as it was closed back in January following the hack which cost users an estimated USD 23 million. However, the exchange has kept silent on this possibility, only tweeting on Thursday, “Update: The police have now given us access back to our building, while they continue their investigations. Our staff are working relentlessly to evaluate the funds that were stolen.”

Meanwhile, detective Inspector Greg Murton told local news outlet stuff that, “Cryptopia management have full access to their facility and business premises and the police investigation is not preventing their business from getting up and running again. However only Cryptopia management can speak to when it may be open again.”

Also, Murton said the police investigation was continuing, both in New Zealand and in the US, in collaboration with the FBI and international experts. “No timeframes as to a conclusion to the investigation can be provided at this time,” Murton said.

On February 7, the police said that “excellent progress is being made in the investigation.”

Kelvin Chandran, CEO of SingleSource, a blockchain-based identity and risk scoring platform, told the news outlet that the challenge, for the bad guys, is being able to liquidate the digital assets without getting caught: “We track the funds because we want to make our clients aware of which wallets are tainted, to comply with anti-money laundering regulations.”

As reported, only two weeks after the infamous Cryptopia hack, another 17,000 Cryptopia wallets were drained of ETH 1,675, according to blockchain analysis protocol and platform Elementus. They concluded that “Consistent with our earlier hypothesis, Cryptopia no longer has the private keys to their Ethereum wallets and the hacker does.”

Meanwhile, Cryptopia is far from the only exchange that is facing trouble. More than a dozen lawyers converged on a courtroom in Halifax, Nova Scotia on Thursday to make their pitches to represent 115,000 cryptocurrency traders owed USD 70 million in cash and USD 190 million in Bitcoins and other digital assets in the QuadrigaCX cryptocurrency debacle – and it was revealed that the exchange has no money at all, Vancouver Sun reported. More money is expected to be made available from Jennifer Robertson, widow of QuadrigaCX CEO Gerald Cotten who reportedly passed away in December, the report added.

And exchanges are also not the only ones having difficulties – to put it mildly. A man from New Stanton, Pennsylvania, reported nearly USD 525,000 worth of cryptocurrency vanished from his online account, TribLive reported, citing local police spokesman. According to the report, the 54-year-old man realized the money was missing this week, but it could have disappeared anytime since early December. The spokesman said he couldn’t name the specific currency the man owned, but that it was tied to the gold standard.