Randy Brito is the head of Bitcoin Venezuela, a non-profit organization dedicated to educate and promote Bitcoin in Venezuela. He is also spearheading the Locha project, which he describes as “an effort to push the needed developments and research for achieving the hyperbitcoinization in Venezuela.”  Brito also sees a use case for bitcoin in countries like Turkey and Iran,which have suffered hyperinflation and sanctions aimed at damaging the economy.

Brito’s family left Venezuela and moved to Spain in 2004 to escape what he describes as the persecution of the middle class.

“After the 2002-2003 national strike where companies went to strike for several days, business owners, entrepreneurs, and even store managers started being persecuted for disobeying the Government’s rules, companies started to be expropriated targeting anyone who was part of the call to join the strike.

“Lists were made during later years (Lista Tascón 2003-2004), more lists appeared with names of people who voted against Chávez in 2004 and the 2006 elections and those people in the list where banned from any public sector, fired from their positions or having their companies specifically persecuted or threatened of expropriations by their own employees.”

Brito learned about bitcoin and through it, libertarianism, in 2011, going on to found Bitcoin Venezuela the following year as well as co-founding a liberal/anarchocapitalist group in Seville, Spain after that. From 2014-15, Brito tried to open a local BTC-VEF exchange, but the effort was stopped by the government, and all other cryptocurrency exchanges were shut down.

Now he feeds 2,000 Venezuelans every day, collecting donations through his non-profit in bitcoin and using the money to feed 1,600 people via a food shelter with the remaining 400 fed in orphanages, schools, hospitals, and elder care institutes, which Brito discussed in a recent AMA on Reddit. 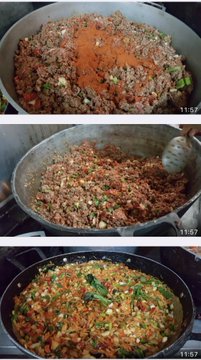 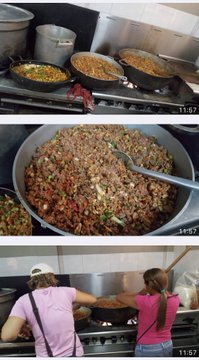 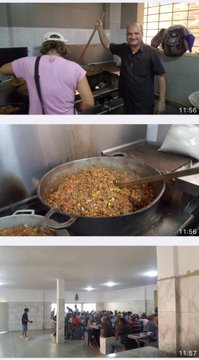 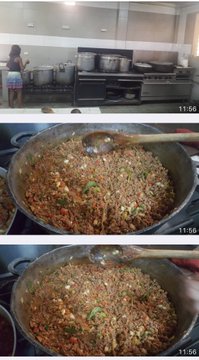 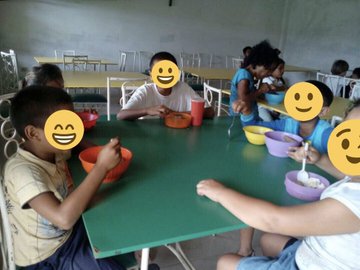 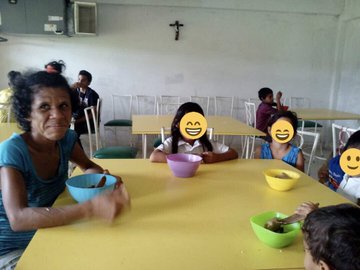 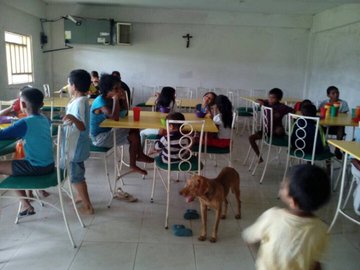 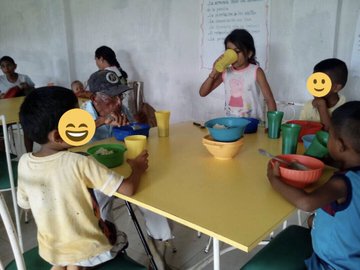 The second project, Locha, is aimed at developing a number of tools to be used in the struggle to preserve value through bitcoin in Venezuela, such as a UI for a bitcoin wallet that can easily run on old Android phones, a transparent exchange rate app instead of the hundreds of shady apps operating in Caracas at the moment, and a DIY mesh network to protect Venezuelans from government censorship and persecution for breaking the law. As Brito says:

“Despite the announcements from the Constituent Assembly transacting in any non-Government approved exchange rate is still prohibited.”

Brito says that funding Locha is difficult as the business model will not bring in profits, making it difficult to attract developers and traditional seed capital investors, but that the project is nevertheless going ahead and already teaching young people how to use bitcoin to send peer-to-peer payments.

“My intention with the Locha project is to push development and research on the tools needed to be able to use Bitcoin as a medium of exchange today. Being able to agree in a common medium of exchange that can be used to pay others would reduce the frictions people find when transacting today, despite each person would decide to store their funds in a different currency or service (Dollars, synthetic Dollars, Colombian Pesos…) they all would be able to agree on a common currency for immediate transactions.

“This is what I refer to as achieving the hyperbitcoinzation of Venezuela, even if the economy would be dollarized in their accounting and store of value everyone will accept you BTC and other cryptocurrencies as payments, because today Bitcoin is one of the most liquid assets in the country and it can be converted to other cryptocurrencies or fiat currencies effortlessly.”

We asked Brito about his thoughts on the petro, the Venezuelan state cryptocurrency, as well as the government’s claim that the petro will be used as an alternative state currency to pay salaries of workers in the state oil company PDVSA, something he feels is unlikely to happen.

“The Petro is just a good-looking Bolivar in my opinion. It is debt issued by the same Government which has had to re-denominate the Bolivar twice in less than 10 years to try to keep up with the inflation they feed themselves.

“The Gov can print as many Petros as they want, just like they do with the Bolivar. It looks like it was an attempt to make a new Sucre (Governments level currency used in some countries from the same team for imports/exports) but for global transfers with other countries, which by now have refused to use PTR as it has no value and it cannot even be “backed” by the trust those other countries might still have in the Venezuelan Government.

“If the Gov was actually going to pay salaries with Petro (PTR) why did they launch a new Bolivar (VES)? IMO they have decided go with the two currencies as that would let them print in those two ledgers (PTR and VES) at the same time.”

Using Crypto in Venezuela is Dangerous

Brito states that while the government is pushing the petro as a viable cryptocurrency, the use of other cryptocurrencies which are not pre-mined is still dangerous for Venezuelans.

“Using any other non-approved exchange rate is still prohibited. Also companies are still obligated to do their accounting in Bolivars or they could get fined or even expropriated. Also as Venezuela has a high crime and murder rate (over 92 per 100,000), having to use your smartphone publicly in the streets is dangerous;

“That’s why we think Electrum with an easier to use UI is a good idea as it can run in cheap phones and old Android versions without having to rely on centralized solutions like ‘SMS wallets’ that would be easily blocked, shut down, or traced down. Pure on blockchain Bitcoin and Lightning Network transactions are easier to hide and very difficult to stop, can even be made through a mesh network of cheap devices that can be setup throughout the country.”