The founder of Wikipedia, Jimmy Wales, has ruled out the possibility of the free online encyclopedia getting involved with cryptocurrency.

Asked whether Wikipedia had any cryptocurrency or ICO ambitions during an interview with Business Insider Wales said the platform had ‘zero interest’. “We are absolutely never going to do that. Zero interest,” Wales said.

The internet entrepreneur also repeated the reservations he had concerning blockchain technology.

“I have reservations about blockchain. It’s a super-interesting technology, but it’s clearly a bubble with a lot of mania and hype around it,” said Wales.

These remarks echoed what the founder of Wikipedia had said during the Blockshow Europe conference held in late May this year in Berlin. 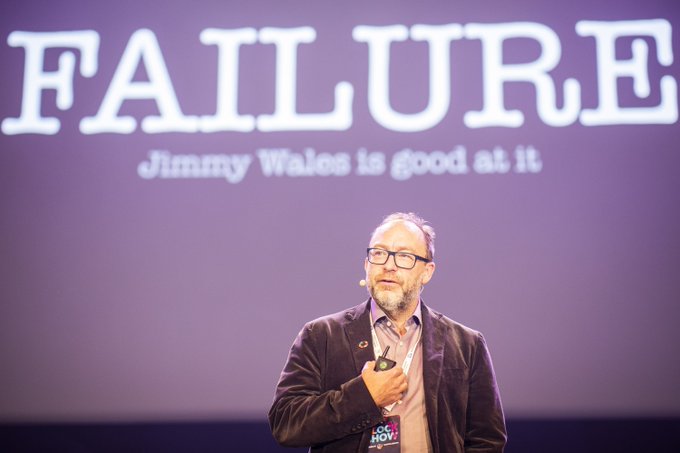 “The crypto world is absolutely, definitely in a bubble. I don’t think there’s many people who would deny that.” – Jimmy Wales @ BlockShow Europe

And as CCN reported the founder of the fifth most visited website in the world per Alexa had also issued critical remarks on Initial Coin Offerings in October last year.

“I think blockchain is a super interesting technology but there are a lot of fads going on right now … There are a lot of these initial coin offerings which are in my opinion are absolute scams and people should be very wary of things that are going on in that area,” Wales was reported as having said in a television interview.

Wales’ views and reservations on blockchain are in stark contrast to the co-founder of Wikipedia, Larry Sanger, who is now the chief information officer of Everipedia, an online encyclopedia which touts itself as the ‘world’s first encyclopedia on the blockchain’. According to Sanger being on a blockchainwill make Everipedia better than its inspiration.

“In an era of misinformation, the world stands to benefit enormously from a transparent, immutable and decentralized protocol for accessing and sharing knowledge,” Sanger said in a statement after being appointed CIO of Everipedia late last year. “We’ll not only make Everipedia more comprehensive than Wikipedia; in my role, I’ll help create a neutral framework enabling the world to find the best encyclopedia articles on every topic.”

Despite the reservations Wales harbors regarding cryptocurrencies, the Wikimedia Foundation (a nonprofit which hosts Wikipedia as well as other wiki-based projects) has been accepting donations in bitcoin since 2014. However, this only materialized after the nonprofit had displayed a lot of reluctance including turning away potential donors just because they were planning to give in bitcoin.

At the time it was explained that the reluctance by the foundation was based on the fact that bitcoin existed in a legal grey area – Wikimedia Foundation only started accepting these donations after the U.S. Internal Revenue Service gave guidance on how the flagship cryptocurrency should be treated for tax purposes. To this day Wikimedia Foundation is yet to accept other cryptocurrencies per information on its donations page.