Atlas, a popular Brazilian cryptocurrency investment platform, has been hacked. Although the company claims users’ funds are safe, the personal information of over 264,000 of its customers has been leaked.

The security breach was first reported by the Investimentos Digitais (Digital Investments) YouTube channel. In total, there are 14,500 records of leaked data that detail users’ balances on the platform, their email addresses, names, and phone numbers. The leaked data shows there are 5,813 BTC (about $39 million) deposited on the platform.

According to Brazilian news outlet Portal do Bitcoin, one of Atlas’ users, with over 2 BTC deposited, confirmed the data is real. Among those whose information got leaked are Rocelo Lopes, the CEO of Stratum coinBR, a crypto services platform. Atlas itself had 792 BTC.

Acknowledging the incident, Atlas issued a statement revealing it’s going to launch an investigation into the incident while working with the proper authorities. It added that although hackers managed to leak user data, no funds were stolen.

“We would like to point out that this wasn’t a bitcoin theft or a violation of our accounts in the exchanges. However, our customer base was exposed. At the time of the incident, we took immediate steps to protect the database and [the] passwords and private keys are encrypted.”

Atlas further noted the company would be adopting new security measures and wouldn’t send users any email regarding their data in the next few hours, although it was monitoring affected accounts. According to reports, for “security reasons” account withdrawals are currently restricted.

Atlas is notably a somewhat-controversial company in the country. Its main product, Atlas Quantum, lets users easily invest in the cryptocurrency ecosystem and earn from their investments, through what the company claims are arbitrage opportunities.

Atlas Quantum reportedly has a bot taking advantage of arbitrage opportunities across various cryptocurrency exchanges. This means that whenever users deposit on the platform they see their balances grow on a regular basis, even if the market is bearish

The platform, according to a Medium blog post, currently employs over 100 people and manages over $30 million in assets. A simulator on Altas Quantum’s website claims a $1,000 investment would yield 2% gains in only 15 days, and 43% in a year. 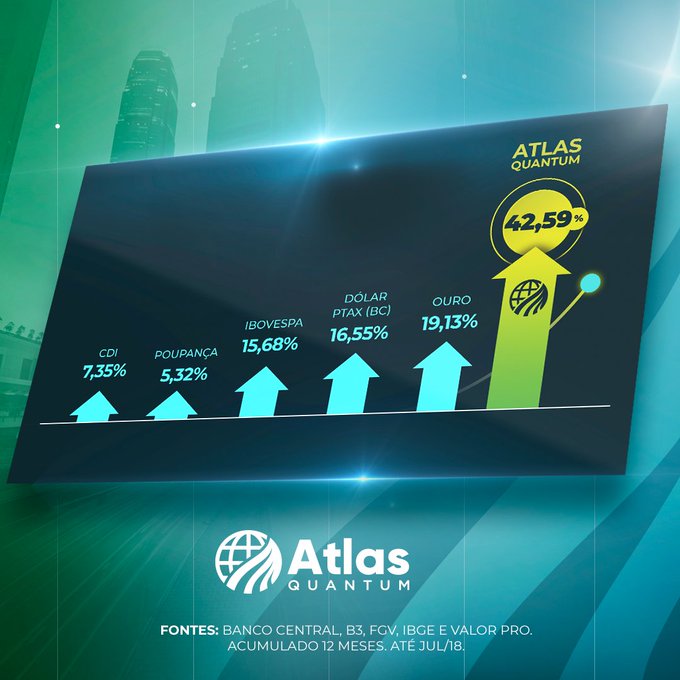 Speaking to CCN a source, which will remain anonymous, revealed the company is controversial in the country as some believe it’s essentially operating a Ponzi scheme. Through its supposed arbitrage bot, it promises a 3% monthly return on investments.

The platform’s “arbitrage bot” scheme, to seasoned cryptocurrency enthusiasts, sounds similar to Bitconnect’s “trading bot” narrative. For those out of the loop, Bitconnect was a well-known cryptocurrency investing and lending platform believed to be a Ponzi scheme.

Bitconnect collapsed in January of this year, after it decided to shut down its cryptocurrency exchange and lending platform. The platform was allegedly shut down because of bad press, distributed denial of service (DDoS) attacks, and regulatory scrutiny. The move came shortly after Bitconnect received an emergency cease and desist order from Texas’ securities regulator.

After it collapsed, its BCC token lost nearly 90% of its value and was recently removed from the last exchange that traded it. Disgruntled investors have hit the company with a class action lawsuit. Recently, Indian police arrested the scheme’s Asian chief.

While Atlas doesn’t appear to have its own cryptocurrency and lets users invest in fiat and BTC, the Brazilian community is seemingly suspicious. In Investimentos Digitais’ video exposing the security breach, the host jokingly reads a comment where a user called the firm “AtlasConnect.”