To many, cryptocurrency is a way of securing financial independence from banks and governments. Those interested in going off-grid, distancing themselves from authority, and even “preppers” who believe that major catastrophe is coming any day share many of the values of hardcore crypto advocates.

One point of contention is blockchain’s reliance on the power grid — how can something truly grant freedom from government if it can’t operate outside of government infrastructure? How can crypto replace cash if it can’t be even used when the lights go out?

The developers of Burst believe they have the solution: a solar-powered blockchain that operates completely off-grid. They claim to have already completed a solar-powered cryptocurrency transaction using short burst radio waves. While other projects have incorporated radio waves into their transaction process, Burst may be the first project to have performed a fully off-grid transaction, opening a use case for cryptocurrency in instances of natural disaster or areas with poor infrastructure. 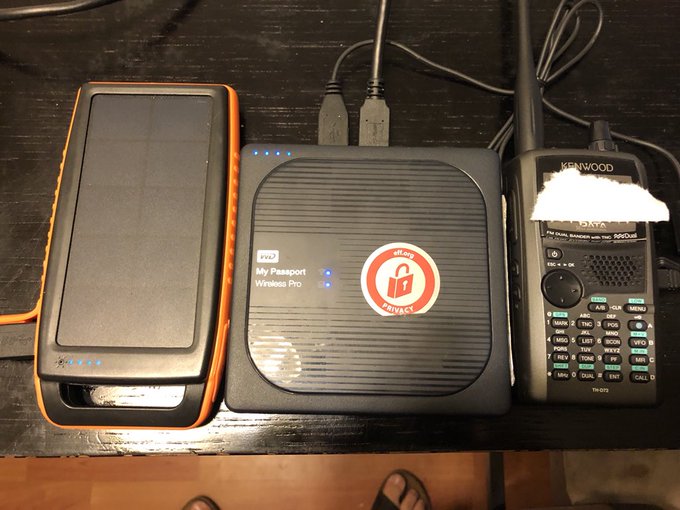 The project was designed as part of the Call For Code challenge, which brings developers together to design tech that is used for good — humanitarian relief being one of the areas of focus. Developer Daniel Jones described the project to CCN, saying:

“Radio is used in natural disasters and is an infrastructure we often overlook. Burst is mined with hard drives, it requires far less power. And as far as developing the radio piece, it’s done. It’s not hard to send a packet over radio, just got to use right tools and understand the myriad of regulations.”

Burst would allow people suffering from natural or man-made disasters to preserve value and have something worth trading even in the event of banks and on-grid blockchains being blockaded or destroyed. The trope of money being useless in an apocalypse scenario applies to fiat, certainly, but less so to Burst. Theoretically, the disruption of infrastructure and centralized government should not affect the value of the currency or the ability of people to transact with it in a secure, immutable way around the world.

Beyond that, the project enables users to confirm that they are alive and send messages without revealing their location, which also has a use case in war-torn or disaster-stricken areas. Jones explained that this was the purpose of the first transaction, a demonstration to show “Proof of Life.”

“[The] transaction…was a multi factor verification of Proof of Life….  [D]uring a disaster…there could be cases where you may need to verify [that] someone is who they claim to be but without being able to see them …. [T]he wallet was assigned to someone who sent a transaction with the fee to show the target wallet they were ‘alive.’ This gives us some levels of certainty, wallet seed, target wallet known, and amount + fee or message content.”

Top movers are $KIN and Kusama $KSM. Melon $MLN (chart) has surged by 22.5% since 6 pm. The crypto markets have reb… https://t.co/AlB2sEpjen

Top movers: Filecoin $FIL and Unitrade $TRADE (chart) which has increased by 4.6% since 10 am. The crypto markets h… https://t.co/R7HzGfVQLL